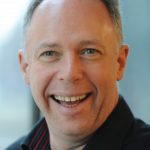 Add or edit Skills Tags. Tags should be limited to a maximum of 15. Adding more tags than this will make viewers doubt or question competancy. No one is an expert at everything!

Concept development in the recruitment space.

Situation
The client, Alizeti Consortium (aka Group, Capital), had undertaken to acquire the digital assets of The Tote, the horse racing betting business originally founded by Winston Churchill in 1928. Driven by a desire for change in the industry they had not performed technical due diligence on the assets and team they were acquiring, they just knew that replacement technology would be required.

Task
I joined the Head of Technology role replacing the departing Interim CTO at two days notice. My role covered everything from sorting out office IT systems to understanding the existing technology assets, engage the incombent staff and define an RFI for an entirely technology stack replacement.

Action
As a priority I put in place Office 365, purchasing procedures and standards for staff usage and security. After that I built trust with the incombent technology team and reverse engineered the software and network architectures back from them as it was largely undocumented. I also investigated the network on 120 suppliers with whom they worked. I also had to explain all the discoveries to the technologically illiterate senior management team.

In parallel I wrote the RFI and identified candidate suppliers before passing the process over to a programme manager to execute the communications.

Results
My work lead to a significant change in strategy based on the discoveries that I made with the existing assets. The RFI process identified a number of serious vendors for consideration aligned to that new strategy.