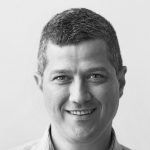 I love helping companies with their tech, freeing their IT teams to work on improving the business

I've got a degree in Information Systems, I have over 25 years of experience in IT, both in the Development side (SQL, Oracle, Databases), as well as Operations.

I love helping companies improve their tech and helping their IT teams thrive.

To make sure I'm busy outside of working hours, I'm also a Private Pilot and a Rugby Referee and Coach, a School Governor, and a Neighbourhood Councillor. I live in Sussex.

I'm originally from Argentina, so I also speak Spanish

I currently offer CIO/CTO as a service for Small and Medium size organisations.

At the moment, finishing my engagement with Dreamland Theme park in Margate, Kent.

Task
The task was initially to do an audit. The findings were quite something, with an in house team failing to deliver on infrastructure and security and service, and a strange looking budget, I was engaged to audit and make the park resilient to trade this summer. and to provide a budget analysis and forecast for 2019.

Action
We looked at the existing team in place and infrastructure at the park, and the solution partners in place to help them deliver the park business during the busy peak Summer period. Dreamland had been in administration a few years ago, so finding contract details was a big challenge.

The IT team was reactive to park requirements rather than proactive, there was no plan in place to make sure tech was prepared where it was needed before the park opened. For this I created a park opening plan, particularly focused around trading, EPOS, PED and PDQs, network cover and availability, and wifi access in all sections of the park.

We had to reconfigure the park's wifi to improve security on their public and private wifi offer to cater for nearly 15,000 visitors a day safely.

The infrastructure had many single points of failure, and was unable to cope with even minor disruptions, We added resilience to ensure the park could continue trading in all circumstances.

The park initially wanted to outsource all their IT operations, but later changed their mind, so I helped them provision internal resources to rebuild the team internally

Requirements / Actions
Audit initially, then put together a plan of improvements Analysis of Sky wifi contract with the ECB
Delivery and Achievements
Created a tech steering group to address silo operations between retail, F&B and ticketing. Planned resilient fibre networking around the stadium Issued recommendations for the wifi negotiations