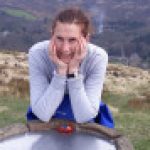 I can help you to “Manage” and influence Stakeholders at all levels up to and including C-suite.

I have held several roles where I have earned a reputation of being a “Trusted” advisor to the Business during periods of significant Change. I have often played the role of Business Readiness Manager. I am the link that brings together the Change Team, the Project Manager, and each of the Business areas. Ensuring that there is minimal impact to the Business before, during, and post-implementation.

Prior to moving into IT, I was a PQ Management Accountant. In 2001 I joined AstraZeneca, and went on to manage the Outsourced agreement between AZ and IBM at an operational level.

HELPING YOU TO MANAGE YOUR BUSINESS PARTNERS, CUSTOMERS, AND CLIENTS. (Reveal More  OR   View Full Page)

Situation
I received a call from a Senior Project Manager asking if I could help? They were spending their day's firefighting issues. Taking one step forward and two steps back. The firefighting was stopping them from delivering their job which was to deliver a digital printing capability to the Client. The Client wasn't happy with the project's progress. The Client was producing their own reports around defects, and the Client was trying to prioritize the workload, and volume of defects that the developers would concentrate on. There was a concern that the defects wouldn't be completed in time to meet project timescales.

Task
My task was to :

Take some of the pressure off the Senior Project Manager, and the Programme of work, by finding solutions to the issues they were firefighting

Support the PM and the Development Team in "Managing " the Client, and the Client's expectations

Review the existing defect process, and implement improvements where necessary together with a robust reporting procedure.

Action
I went to visit the Client to hear first hand what their concerns were. There were no surprises, and the situation was exactly as the PM had described it to me. What was clear to me was that the Client wanted someone to be on site with them. The PM and the Developers were working remotely, with occasional time spent on the Client site.

The first thing I did was to base myself 3 days a week on the Client site, and suggest that I become their Single point of contact for project escalations.

Next on my to-do list was to reconcile the two defect reports. The Client was insistent there were more defects to get through than there actually were. I proved our defect report to be the accurate one, I also introduced a matrix priority rating for the defects, of high, medium and low impact to the project, and complex, medium, and easy to resolve. I gained the Clients agreement that if the Developers concentrated on a smaller number of high impact and complex defects, then they couldn't be expected to complete the 30 defects a day that they were expecting them to do.

With me on site, the Developers felt more comfortable to also be on site. I worked with the client's test team lead, and together we encouraged the two teams to begin to work as one team, instead of independently. We encouraged them to talk to each other instead of email. We praised and called out good team working. On the evening we worked late, we would ensure that everyone took a 30 min break to sit around the table and chat about non-work subjects. We tried to inject some fun into the workplace. We even had a joint Christmas night out which to my relief was a success.

Results
The Client liked the fact they had a single point of contact on site. They liked the comfort of knowing that even if I couldn't answer the question they had or resolve the issue immediately, the issue was in a safe pair of hands.

The Client was pleased with the improved reporting and way of working between the developers and their Test Team. They felt that we were now in Control.

The PM was able to "Manage " the project and their time.

Feedback from the Developers was that they felt they had learned quite a bit from me, in how to handle Clients in the future, and were more confident in approaching the Client directly.

Delivery and Achievements
Implementation of a Governance and reporting process for Defects Improved Client Relationship. Coaching and Mentoring the newly appointed Technical Account Manager Successful delivery of Motor Code Cut 1.3 and 1.4 to timelines

Delivery and Achievements
Managed the outsourced Contract between AZ and IBM at an operational Level. Line Manager of Customer Service Managers Line Manager of the Video Conferencing Team.