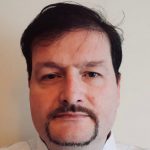 I do change: Agile or Waterfall, small or big or often turnaround.

Task
I was appointed to revise the change methodology, assurance, change tools, and project / programme manager resourcing, to reduce costs, time, and still deliver the same scope and quality.

Action
Rewrote methodology to align Waterfall and Agile within a single interface; reduced mandatory artefacts from 78 to 17; reduced minimum PM count per project from 5 (by exception, 3) to <1; rolled out to change leaders and got them on board; did roadshow with senior stakeholders of contributing OUs (dev, test, business change, etc) and got them on board; rolled out to senior leadership and got them to agree (in that sequence); assured it, modified it based on learnings, updated change tools to match.

Situation
Follow-the-sun organisation with legacy on-premises CRM system in use across many non-CRM use-cases decided to upgrade to cloud CRM solution. No requirements in place at start of project. Product Ownership for the new system sat with Sales. No organisational responsibility for the supply chain to the customer at any senior level (it had 'just worked' for years). Special security requirements. Legacy system functions were undocumented and extensive; organic mission creep over many years had resulted in the "CRM" system doing everything from quoting through traditional CRM to invoicing and provisioning of product keys, as well as being the master data bus.

Task
I ran the global programme to rip out and replace the legacy system with Salesforce CRM, managing various external suppliers and internal contributors including 2 director-level reports. Challenges along the way included churn in senior management (Head of IT Change role changed hands 3 times / had 4 incumbents during those 12 months) as well as those described in situation.

Action
Decided on Agile because we needed to work with the capabilities we had. Planned outline of programme over the following 12 months. Negotiated some deal elements with Salesforce and BigMachines (Configure Pricing Quote supplier). Identified organisational shortcomings (lack of anyone above 1st line support dealing with customer supply chain), and influenced to fix that at C* level. Identified security shortcomings for key German supplier and led discussions with German legal experts to identify route forwards. Managed Sales directors to get requirements into Agile delivery on a timely basis. Hired & led project managers as required to spin up small projects and releases throughout the programme.

Results
The programme was successfully delivered on time and to budget. The organisational hole was filled. There was no down time beyond already agreed maintenance windows across the globe for the entire follow-the-sun model and absolutely no customer impact at any time. The legacy system was retired, and the replacement CRM system was focused on its proper purpose, with appropriate system choices made and executed to replace the other non-CRM functions throughout.

Situation
Comic Relief has a demanding technical environment; for one night of the year, for a peak of about 7 hours, it has the public’s attention and receives donations, and the vast majority of those donations go through a solution developed by Comic Relief’s technologists. That system absolutely has to work for those few hours: there is no second chance.

Technology teams were being run in several places within the business, piecemeal, no coordination, no strategy, exposing the company & charity to significant risk.

Task
As strategy consultant: design an organisational and operating model to bring technology together and have a strategic focus going forwards.

Then, as interim CTO/CIO: consolidate multiple technical organisations into one with operational budget of ~£2.5M, direct and indirect reports (excluding volunteers, short-term contractors, and supplier-managed staff) numbering ~40 to 60. Retain key staff. Absolutely not endanger any part of the key payment systems for Red Nose Day and Sport Relief.

Action
First: listening. Spent considerable time going around the most disgruntled, anti-IT customers within the business, ensuring that they felt their concerns were heard and understood. Documented those concerns.

Presented changes in organisation to disparate technology teams and sold principles to them.

Revised (created...) job descriptions for all roles within technology, with greater emphasis on plain English, clarity, uniformity, and industry standards (SFIA based).

If I had failed, you would have heard of me in the news...

Delivery and Achievements
PCIDSS compliance project drifting towards failure. Shook up business ownership, fixed structural problem with accountability, got project back on track.