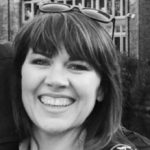 I'm passionate about digital excellence and coaching teams to work effectively together.

From my early career as a graphic designer in the 90s, I’ve always believed that form should follow function, and that the user should be at the forefront in any kind of design.
After learning to code in ’94, I spent over 10 years designing and building websites, before shifting my focus to building teams of talented individuals, creating complex and sophisticated websites and applications, delivering to an increasingly wide range of accessible devices, and still with good user experience as our key driver.
Today I continue to concentrate on creating great user experiences, by coaching and nurturing teams of people to work effectively together – as a good team is greater than the sum of its parts. I specialise in agile digital delivery, often acting as coach or scrum master, helping organisations to achieve effective results and transform to this highly effective and proven way of working.

Currently working as Scrum Master on a pan-government project, running out of the HMRC estate, to build a cloud-based, secure credentials platform which will replace the existing Government Gateway. Also providing agile coaching to Capgemini scrum masters and stakeholder community.

BUILDING BASED ON USER NEEDS, IN HALF THE TIME (Reveal More  OR   View Full Page)

Situation
Birmingham Airport wanted to create a new website to replace their existing site, which was not optimised for mobile and which was not easy to update or manage day to day. The original scope was planned over a 6 month development period with one month user acceptance testing before going live. Prior to starting the project, the development scope was reduced to 3 months by the client, in order to get the site live sooner than planned.

Task
A delivery lead, I was tasked with delivering the site in half the time originally planned.

Action
• Switching to an agile delivery model - formed a small, co-located team to work together for the first time and for some in a new location. Introduction of daily stand ups, shared task board and online messaging tools to help facilitate better team communication.

• Collaborative planning - worked with UX Specialist to convert requirements into user stories, and from that formed the backlog of tasks, which were then prioritised by the client.

• Stakeholder management - ran weekly status sessions with stakeholders and their project management teams in another location, and ensured they had access to shared communication tools so they could monitor progress of the project. Developed a live support model with the client.

• Transparency - introduced risk reports for the benefit of stakeholders, and reviewed each sprint, to promote an open and honest working relationship

• Transformation - coached and mentored the team to work collaboratively, to help with their transition to agile

• Continuous integration - Introduced and defined the concept of a minimal viable product, and ensured we deployed working software to the client every sprint.

• Training - Ran ongoing training sessions with the client as new features were release, so they were able to learn the system as it developed.

• Knowledge transfer - liaised with client PM team, coaching and sharing knowledge on agile process and the build of the system

Results
The project went into UAT phase after just 13 weeks of development, with a live launch 2 months ahead of original project schedule. Three months after launch, bounce rates were down by 35% overall, (50% on mobile alone), page views increased by 48%, and dwell times almost doubled. The success of this project led to winning the work to redevelop another airport website.

Delivery and Achievements
Service transformation, from private beta to live