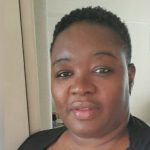 I have done-so extensively in the UK and E.M.E.A (and within South & north America) for both SME, large Enterprise and global enterprises.

I consider my skills and abilities to be agnostic to industry, technology and other biases, although I have technical qualifications and multi-sector experience.

Liaise with the senior users and SME (before they left the company in ~1 month!) to elicit and document their requirements and operational processes to inform IT of the ‘need’, as this request had become political and IT were not trusted to deliver what was being asked for.

I took the time to subtly investigate the root of the conflict between business and IT delivery teams, and worked on improving the relationship by being the change I wanted to see.

I quickly understood what they did and who they were as users which gave them some confidence;  I created structure and order so they always knew what was happening and that we were making progress (regular update emails, meetings and ‘show and tells’, playbacks etc).

I helped each side understand the other and carved a mutually agreeable direction for the programme.

I detailed their operational working practices and processes which showed they did more than others had realised and gave more insight, thus respect for their work.

I delivered requirements and UI mocks which gave IT a good idea of what was needed now and in the near future so they could propose a solution that was fit for purposes and not which fitted their biased view of the world.

Delivered the report and requirements on-time so that the SME did not leave with the required knowledge – these outputs meant that IT could research, propose, design and deliver a system the business could use to:

Challenged the status-quo and undocumented claims to save 25% budget... (Reveal More OR View Full Page)

At a Tier 1 Telecoms company as a solution designer, I was assigned to a project (that had already started) to introduce a new business intelligence and data-warehouse platform for statistical data analysis and reporting, where the solution had already been chosen

• My manager gave me the project as my first assignment at the firm to lessen his workload, so I had to quickly understand the project and its aims.
• The project had approved budget of £200,000
• The aim was to replace the manual collation of data from various sources which would then be pasted into spread sheets and then emailed to the subscribed wholesale customers, with an automated web-based system with a dynamic data warehouse and web-based reporting engine, with secure multi-tenant access.
. The desired COTS solution had already been decided as it was said the company had a corporate license for it, which would have meant zero project costs for the software and maintenance.

Whilst hired to work on other work streams for a newly acquired firm I was asked to kick-off and manage an overdue 3-system (Finance, Learning, HR) replacement RFP and selection process from ~28 vendors, and with a tight deadline!

I was asked to take a list of pre-selected vendors, issue an RFP and requirements and arrange demonstrations with them for scoring.

I decided to add a few extra formal steps and some governance to ensure a fair and proper process.

We did not have a tender or PMO office to assist, nor inhouse skills aside from my own.

• Collated the list of requested vendors to include and researched others in the market that should be included.
• Researched templates and approaches to save time (why re-invent the wheel when time is precious?!)
• Built a list of vendors and contacted all in 45 mins to ask if they wanted to be included in the RFP (by phone and by email/webform if they could not be reached).
• Created communications, engagement rules, schedule, timeline etc.
• I then created and ran the RFP, including demonstrations with each business team and scoring.

WAIT! We may be able to help hugely improve your story and make it easier for you to write using some of our research in target personas and service design.
and see if the story you're about to write relates to work done for one of the personas we already cover! If not, don't worry, we're adding more personas weekly.

WAIT! We may be able to help hugely improve your story and make it easier for you to write using some of our research in target personas and service design.
and see if the story you're about to write relates to work done for one of the personas we already cover! If not, don't worry, we're adding more personas weekly.

My second assignment with Maverick: assisting them with a new client to launch a new digital asset broking platform and service

Completed the Due Diligence and business case analysis requested to ensure Maverick could deliver the package requested.

Rapidly delivered an RFP for deadline. Proved data from legacy systems could be connected to modern systems and return true value. Provided insights and recommendations for process improvement.

Mavericks global client requested a holistic HR experience & delivery of an HCM platform. Was brought in to assist with the business case & analysis of the client operations and their to-be model

Challenged entrenched thinking and beliefs and identified client vendor bias and assumptions about potential employee take-up/engagement. Helped provide a realistic view of the market and opportunity

Captured the detailed requirements for new system & current process & provided recommendations for improvement. Helped IT & business understand what the Actuaries did, and what they needed.

Accenture required additional expertise for one of their major clients, so was retained & sub-contracted to Virgin Media, to assist with their multi-year, multi-Billion pound business change programme