Seriously it’s getting out of hand folks…

So following on from my meltdown on Enterprise Architecture a few months ago (it’s here! ) I’ve decided to continue to use my linkedin account as a cathartic outlet. So as in my last long post this is emotion fueled! Step away now if witnessing a grumpy git loose it offends or upsets you. The older I get the worse my “business tourettes” is getting. I think this is down to realising at a certain age that patterns repeat (which is different to the ridiculous statement of “there’s nothing new under the sun“). If this gets one like and one share I’ll be happy because at least writing it down makes me feel better.

My latest angst is on all things “agile”. Now let me be clear from the outset I am a HUGE supporter of the various interpretations of the agile world. I actually believe I may have a level of expertise in it! I still genuinely believe a group of talented people and a brilliant boss helped me take a traditional organisation to enterprise agility in 18 months – so I’m a shameless advocate!

I think kanban is a fantastic way of looking at how to improve flow and reduce waste, I think that scrum is a smashing way of attempting to deliver better software products faster, and underneath it all I rather like the idea that helping people to work together as multi-disciplinary teams is a pretty good thing (what’s the alternative – single disciplinary teams kicking the shit out of each other).

So what’s my problem? In some ways it probably similar to my concern over Enterprise Architects, something about a discipline which starts to take itself too seriously for it’s own good and given the size of the bandwagon I felt compelled to scream out!

My worries and suggestions – please feel free to contribute to or ignore.|

Worry 1. It can’t cure everything, so try and chill

The agile coaches and real experts I’ve encountered, and given the origins of the HiveMind Network – that’s quite a lot – are on the whole, thoughtful, decent, insightful people usually with a deep and genuine interest in other people. The “problem” with this trait is that they genuinely care, I mean properly care, about how teams work. The challenge this seems to bring is as the agile ripple effect happens (and this will happen if you’re serious about agile), and the need for different layers of management to get involved, many coaches become increasingly frustrated at the politics and power plays that so often make up the corporate world (“I didn’t get to where I was today by admitting I don’t know everything”).

To try and address this I’m going to site a quote from a chap called Ian Coucher who I met years ago in Network Rail at some event or other (he was the deputy CEO)..he said…”every business has its bow speed, no matter how much engine power it has it can’t go faster than it’s bow speed” (I’ve no idea if this is true – but it made sense at the time!). I think learning to understand and accept the bow speed of an organisation can help coaches from falling into an existential crisis. Conversely find a CEO who “get’s it” then go faster :-)! 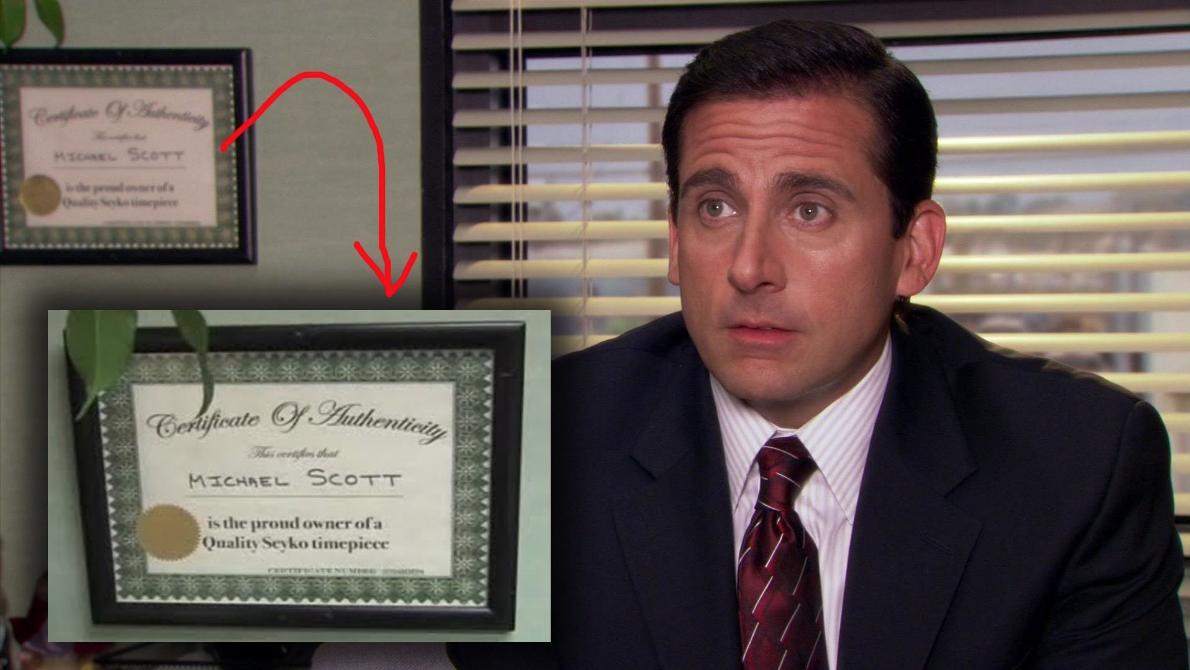 So I guess most people now recognise that agile is fairly mainstream in the world of IT. Although I worry that this in itself is a bit of an oxymoron. How can agile be only mainstream in IT? So as the demand for agile coaches grows the certification industry steps in to help people fill the void (and this has always happened regardless of the domain).

Many friends and colleagues have written very very eloquently about this so again my observations are more “ranty”. I have no problem with people doing courses and getting certificates. When I was younger I took (and failed) my Prince2 exams and did an MSP course as well. The Prince2 course made me (and almost everyone else on the course, except the one accountant) want to cry it was so boring, the MSP course had loads of interesting ideas and content and seemed as if it had use of sorts in the real world. So my observation is it’s not really a problem doing a course, it’s when it is seen as a sensible way of choosing someone for a job. Meaningful certificates take years to get and involve long periods of study and practice to achieve! I could attack recruiters at this point as everyone else does on linkedin – but they are in this case just the messengers.

So anyway, when I was the 3iG Director at NGN (coolest title I’ve ever had) looking for people to support our Enterprise Agile journey I was really after people who looked old and battered and bore the heavy scars of time, and who could evidence they’d actually DONE IT. People like Ian Carrol, Kenny Grant, Col Sweetman (so battered and old it’s scary), we made some allowances for one or two younger looking people simply to stop the average age from hitting 50 (Mark Dickinson, Chris Roberts, Stew Abel, you only got there because you were young and good looking…lol…you did an awesome job really). Now I know that the 10,000 hour rule has recently had some de-bunking but YES – if I’m asking people to play around with the headspace of other people then I really want them to understand WTF they are doing. Because if they don’t they make a really big mess and then the whole agile thing goes wrong and people get pissed off and start blaming each other. So IF YOU’RE A HIRING MANAGER and looking to try and “GO AGILE” – look beyond certification and thinking that someone on £450 a day is as good as someone on £1200. Because THEY’RE PROBABLY NOT. As the market gets flooded with agile coaches I really do think “buyer beware” should be in all hiring managers heads. Buy the best you can afford. It’ll be cheaper in the long run!

Worry 3 – Being too scared to…shhhhhh….say ..”there’s still other ways of delivering stuff!”

I think this is again age related and I think I’ll use a line from another splendid chap/colleague called Felix Hovsepian who in effect pointed out that lots of big complex projects were delivered using old fashioned project management techniques – things like THE SPACE PROGRAMME. (For anyone who wants to read insightful, well thought through and intelligent articles I’d strongly suggest you follow Felix!). I was determined when we were on our agility journey in NGN that we’d not fall into the trap of thinking agile was good for everything. Work visualisation is great for everything, whiteboards are good for everything, Agile isn’t. For some people saying this is like daring to suggest some negative about Jeremy Corbyn – you will be trolled for months. I may on the whole dislike the traditional planned projects but my own experience has shown me that for certain situations having a decent plan is actually quite useful. Well run projects with intelligent team orientated project managers supporting their people in a positive way can and do deliver stuff, sometimes they even do it within budget and time. It might be cool and trendy to #nomoreprojects but I think it’s also a little bit wrong in cases. (and yes I fully understand continuous delivery and all the good stuff associated with it).

Worry 4 – the faux agile effect, watch out it’s so seductive 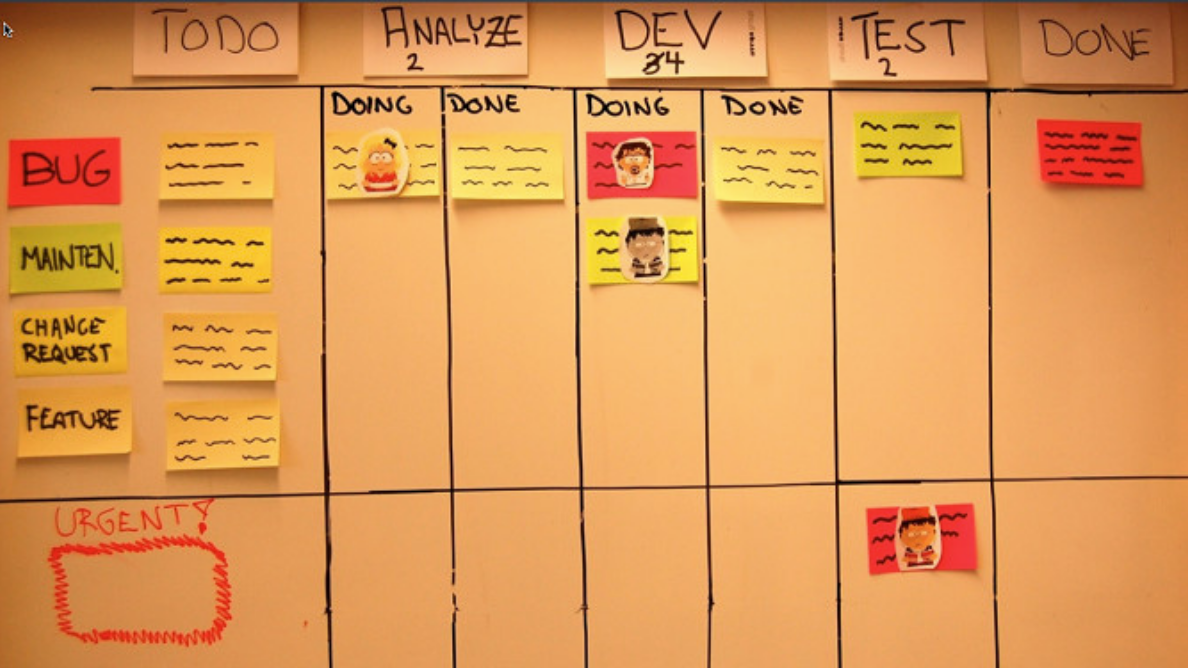 This is one of the most insidious parts about agile after the bandwagon has rolled on. You’ve had your coaching from your two day certified coach at the Holiday Inn, you’ve got your whiteboards up, your sharpie and post-its are by your side, Trello is stacked up full of cards and you’ve a regular stand up every morning and you’ve been doing this for months. Hurrahh – I’m agile. Well you might be. Sadly my own experience has shown you probably aren’t.

Faux agile…it’s a killer. Day by day, inch by inch the old ways of working seem to come back. The scrum master starts to sound just like a project manager used to, progress is reported using the board, and bit by bit you find yourself wondering if it’s any better than going through your project plan with a PMO assistant on a weekly basis. ….I did this for several years at Provident Finance which instilled my loathing of Microsoft Project and resource balancing, later on AtosOrigin made me appreciate the wastelands of nesting them together to form programme plans which could be printed out and used to paper warehouses…. sorry distracted again…swarming is something that bees do and blockers sit on the board because no-one from “the business” is even at the stand up. Why would they be – they’re too busy to get involved with that IT agile stuff, they’ve real jobs to do.

I know it’s hard for the kids from funky-settee.com to imagine this could happen but in big large corporates with serious governance and power plays and politics, believe it or not it can and does…

When you sense/see faux agile – stand up and shout it out, be brave! Understand that whiteboards, post-its, retrospectives and stand-ups are only ceremonies and structures. It’s like AA (the drinkers not the car club) have many slogans, including the superb “God grant me the serenity to accept the things I cannot change; courage to change the things I can;and wisdom to know the difference.” (a phrase I think all good agile coaches should practice). What they recognise is that the slogans are reminders of the deeper values and motivations. People will stand around the board and know it’s all bollocks and yet they say nothing. Try to be brave and remember what real agile is about.

So I had a go at creating the list of things I’d think about when the agile bandwagon rolls on top of you….feel free to add to it :-)!

If anyone wants to find more of my ramblings or get involved with “hive” in anyway I’d love to connect over there! That’s my only plug from this rant…why we want to change the world!